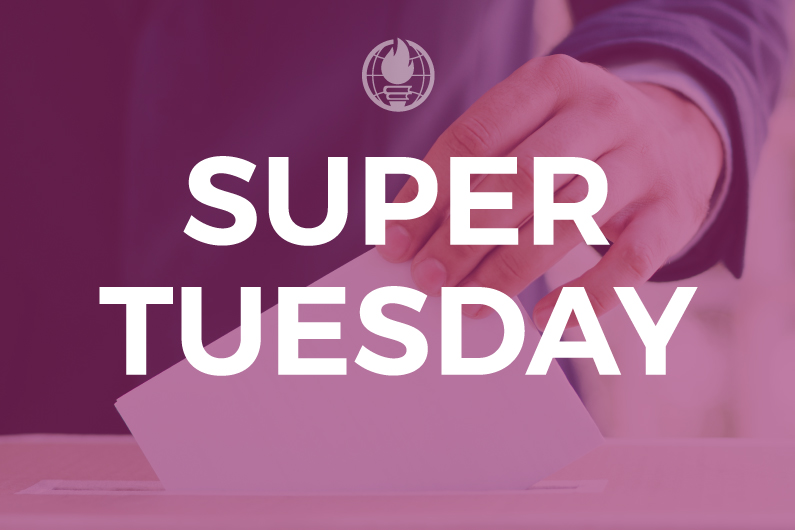 Super Tuesday, which takes place this year on March 3, 2020, marks a crucial point in this year’s presidential primaries, with a total of 14 states and one U.S. territory holding their nomination contests on this one day.

The events of Super Tuesday have a significant bearing on which candidates will take part in the general election, with those performing well seeing their campaigns gain momentum, and those left disappointed often deciding to withdraw from the race.

As such, the electorate of those states holding their primaries on Super Tuesday have a significant opportunity to influence the direction of this year’s presidential election, with those states being on this occasion; Alabama, Arkansas, California, Colorado, Maine, Massachusetts, Minnesota, North Carolina, Oklahoma, Tennessee, Texas, Utah, Vermont and Virginia.

Given the often toxic and counterproductive nature of the current political climate, growing numbers of Americans are looking for fresh ideas and rejecting the stifling extreme partisanship that can be seen permeating the political debate.

For these reasons, it is important that constructive dialogue and an open marketplace of ideas can be at the forefront of the debate throughout this year’s presidential election. The rising interest in bipartisan issues and strong ideological factions within the parties could make this Super Tuesday may be one of the most fascinating moments in recent American political history.

This entire primary season also provides many opportunities for dialogue around the role of government in the lives of individuals, as well as the merits of economic freedom.

For those who would like to learn more about the ideas surrounding these concepts, Students For Liberty offers you the opportunity to attend the most significant non-partisan, pro-liberty event of the year, our annual LibertyCon, held at the Marriott Marquis, in Washington, D.C., on April 3-5, 2020.

One of LibertyCon’s main objectives is to promote an open and constructive discussion on many different issues, while seeking solutions that maximize individual liberty. The conference also provides an excellent opportunity to make connections with others who share an interest in the ideas of liberty, as it involves a gathering of over 1,500 expected attendees, with students, alumni and speakers representative of various fields of interest and expertise. As such, our lineup of guest speakers will cover a wide range of topics, including public policy, economics, business, journalism, technology, and the environment.

LibertyCon will also host a debate among candidates for the Libertarian Party presidential election nomination. Although Students For Liberty does not endorse any particular party or candidate, this debate should offer attendees a chance to consider various interesting perspectives on pro-liberty ideas, particularly around the effects policies can have on individual liberty and economic freedom.

We would be delighted to have you join us in Washington, D.C., for this year’s most important non-partisan, pro-liberty gathering of students and alumni. Don’t want to miss out? You can register here to book your tickets to LibertyCon!

Please, enter the code SUPERTUESDAY at checkout to save 30% on LibertyCon tickets.